What are you doing weeding my irises?!

The first time I met Shinzan Roshi he was driving up the steep path to Gyokuryu-ji in a big shiny dark blue Toyota Crown Royal and leaned out the window to ask what the hell I was doing weeding his irises. He wasn’t very happy but seemed pretty relaxed for someone who had just lost about half their crop. What was I doing? Later he invited me up to his living quarters (in the building before the fire) and asked if I had any questions about Zen. I remember sitting on a cushy green couch feeling like I was in the middle of a tornado, the encounter oscillating from him shouting at his assistant, to incredibly simple answers about Zen practice with, all the while, the resident chihuahua attacking my legs. It was quite a situation and the energy he and the room held was electric. When I slunk back down to my room hours later I knew I had stumbled upon something special and it was hard to sleep that night.
This first encounter with Shinzan Roshi came during the second year of my English teaching job in central Japan. Life was so-so at the time. However it was indeed true for me, as well as for others I’ve met, that once you’ve crossed paths with that kind of a being – one who has so clearly seen through life, death, and everything else – it’s difficult to continue doing what you’ve been doing up to that point. It’s difficult to continue living the same way pretending that that kind of person doesn’t exist.

Simply another situation to meet head on

Shinzan Roshi had no qualms about letting anybody come stay and practice at Gyokuryu-ji. His temple was listed in the ‘mental health healing places’ guide of Japan and open to people regardless of their diagnosis or problems. He allowed people with bi-polar disorder, schizophrenia, depression – nothing was off limits – to stay and live alongside his Zen students. This was considered practice in its highest form. He refused to turn anybody away and did his very best to give each person what he or she needed to improve. Needless to say the police were called on more than one occasion.
Once there was a particularly difficult case of a man named Nagata-san who had a sweet side and an ugly, furious side too. Roshi always stood up for Nagata-san even though his personality was uncontrollable and explosive. He had a wooden samurai sword that he used to attack his walls and bed with, and to threaten others. One day he let the dogs into the hen house. Once when Shinzan Roshi was away Nagata-san rode his bike down to the village and was screaming at the top of his lungs just for good fun. The police were called and, after two additional incidents, Nagata-san was taken away to a mental health clinic. Shinzan Roshi would visit him every month. That was a difficult, scary time to be at the temple but we could never complain about it, we were expected to bear it and learn from it. I have to admit that I was relieved once Nagata-san left, but to Shinzan Roshi it was always simply another situation to meet head on.
Today, out in Oregon, as we slowly start our Zen community I try to remember to be like Shinzan Roshi. Sometimes hurt, traumatized, difficult people come through the door and are scary to work with. I try to do my best to remember how he never turned anyone away and would pour himself into truly meeting each person. Some people it didn’t really work for, some people it did, but he never stopped trying and never gave up on anybody. I know of very few people who possess this kind of fearless open heartedness to do what Shinzan Roshi did day-in and day-out for decades; I know of very few people who have seen through the dualistic mind so thoroughly to be uncompromising in this area – to see each being’s inherent goodness so clearly. It feels like a rare gift to have crossed paths with a person who can do that. 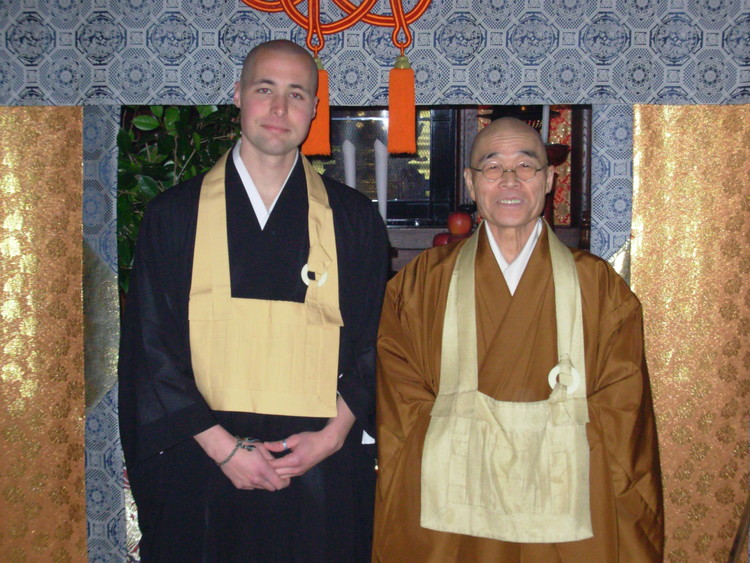